The Game of Psychological Warfare: Guestpost from David Walton 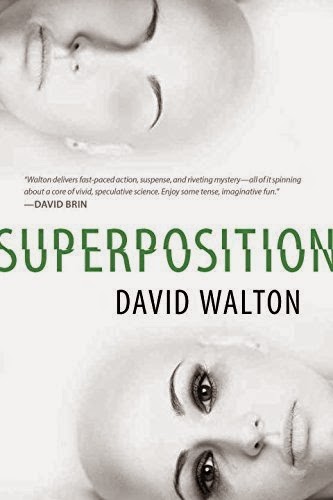 Today I'm very excited to welcome David Walton to the blog to talk about one of his favorite boardgames. His fantasy novel Quintessence is one of the finest books I've read in years. His newest book, Superposition, is out today. And now, from David...

The Game of Psychological Warfare
I recently introduced my oldest four children to the classic game of Risk, a favorite of my younger days.  Despite its length (the game always last a bit longer than you wished it would), its mix of strategy, randomness, and the thrill of taking over the world can be addictive.  The aspect of the game that really sets it apart, however, is the psychological component.  The best Risk players aren't the ones who have the strategy down, but those who can manipulate the other players into handing over the victory.

A player's power in Risk can be measured by how many armies she has.  The more armies, the more countries and continents she will conquer, and thus the more armies she will continue to acquire.  The problem is, as soon as she gains too much power (particularly when she controls a continent), she will inevitably bring the combined might of the other players down on her.  So how can she gain power without losing it?

The answer is psychological warfare.  The winning player will be able to gain power while simultaneously convincing the other players that he is not a threat.  He will talk the other players into fighting each other instead of him, thus bleeding away the rest of the power on the board while retaining his own.  Of course, this can't go on indefinitely--eventually his power will be so great that the other players can no longer be fooled.  But by then it will be too late.

I've seen this accomplished in multiple ways.  There are bullies, who scorn other players for the foolish choice of attacking them.  There are advisers, who give kind counsel to other players, explaining what course of action they should take for their own good (which of course involves attacking someone else).  There are the humble players, who feign a lack of skill while quietly growing in unnoticed power.  That's where the strategic choice in the game really figures--not in which continent to conquer first or how many armies to leave behind, but in how to convince the other players to fight each other instead of you.

Then there's the kicker.

It's the one rule that makes the difference in every Risk game: the rule that gives you all of a player's Risk cards if you knock him out of the game.  This is usually the point where the psychological player rips off her mask and shows herself for the power-hungry conqueror she is.  Her full power is suddenly brought to bear to destroy another player utterly, acquiring those precious cards and tipping the scales irreversibly in her favor.  Every game can have some flavor of psychology in their play, but I don't think I've ever encountered a board game where the psychological component is as significant to victory as it is in Risk.

This does raise a question: can the strategy of a game have a moral component?  Is it ethical to play a game where, no matter what friendships you pretend as the game goes on, you will inevitably stab someone in the back by the end and sweep everyone else off the board?  Do we want games that train our children to be effective manipulators of other people?  Is this just a sanitized opportunity to practice ruthlessness?

I don't think so.

Like all strategy games, Risk sharpens the mind, honing wits for problem solving and effective prediction of complex cause and effect.  Games like this promote flexible thinking and the ability to adapt when plans go awry.  That the game includes a strong psychological component just expands the nature of that thinking to include human concepts, not just mathematical or geometric ones.  It trains the mind to adapt to changing social structures and hierarchies, to engage with human systems to achieve a desired goal.  Just like in a novel, where we can assume for a time the thinking and perspective of another human being, games strengthen our ability to think outside the box, and outside of ourselves.

And besides... conquering the world is terrific fun.

David Walton is the author of the newly released novel SUPERPOSITION, a quantum physics murder mystery with the same mind-bending, breathless action as films like INCEPTION and MINORITY REPORT.  His other works include the Philip K. Dick Award-winning TERMINAL MIND, the historical fantasy QUINTESSENCE (Tor, 2013) and its sequel, QUINTESSENCE SKY.  He's also a Lockheed Martin engineer and the father of seven children.  You can read about his books and life at http://www.davidwaltonfiction.com/. 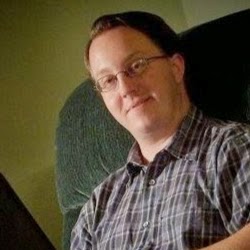 Posted by MKHutchins at 5:00 AM