I've been thinking of new things to blog.  I love food.  I love books.  Why not create recipes for foods in novels, then share the recipes and pics here?  I felt like a genius!

Alas, the internet proved I am not the only person to come up with this idea.  I'd thought to do the classic prune stew in The Hunger Games, but it looks like there's a dozen of those on the internet.

Still, I think I'd have a lot of fun doing this (and none of the stew recipes looked like what I'd envisioned, so we may yet see that).  I enjoy inventing recipes and I'd like to think I'm good at it.  I haven't mentioned it on the blog, but I did have a recipe published at Better Homes & Gardens (it's here; byline's given in the Nov 2010 issue).  I don't have any book reviews posting in February and I rambled about writing this week...so to launch off this new column, I want to post a new recipe every week of February.  We'll get back to boardgames in March.

Any requests?  If you're an author, I'm happy to whip up something from your book, or if there's something you've just always wanted to try, let me know!  I want these posts to be interesting.
Posted by MKHutchins at 1:22 PM 3 comments:

The Very Hungry Caterpillar and Cooties: Book & Board Game Match-Up 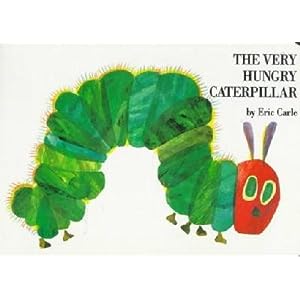 The Book (by Eric Carle): As a tiny green caterpillar eats his way through the book, he is transformed into a beautiful butterfly. -- Amazon Book Description

The Game (from Hasbro): The original build-your-own-bug game! Build your very own silly and colorful Cootie. Start with a body; add a head and a hat. Finish it off with a pair of lips, an antennae and a twirly tongue. Your Cootie will never be the same twice! Includes four Cootie Bugs with parts, plus die and gameboard. --Amazon Product Description

The board game I actually play the most often is Cootie.  My three-year-old loves it.  There is no strategy to this game.  No clever trade-offs.  The real reason it's fun?  I get to play a game with my kid.  And we get to build these cool bugs.  The game play is super-simple.  Roll a dice.  Take the corresponding piece.  But we learn to take turns, read numbers on the dice, and did I mention we get to make cool bugs?  We've actually gotten this out so much that the cardboard box fell to pieces, and the game itself now rests in a plastic shoebox.

Likewise, my copy of the classic The Very Hungry Caterpillar fell to well-loved pieces.  There's something intrinsically fun about holes in a book.  Turning the page and seeing the hole change from being in an orange to being in a strawberry never ceases to feel like magic.


These two fit together for simple reasons.  Bugs.  Fun.  Kids.  I figure after both of these, we'll be able to count to six and name the days of the week.   More than that, these are both gateways, allowing the little ones to experience two things they always see the adults doing -- reading books and playing games.  Both of these were favorites of mine when I was little, and there's something sweet and nostalgic about enjoying them with my kids.
Posted by MKHutchins at 5:00 AM 2 comments: 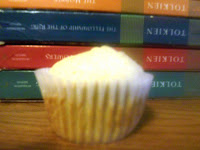 *Recipe Note: I don't have ale, so I substituted water with a bit of honey to bloom the yeast.  Also, I poured them into a muffin tin, both so they'd be easier to dish out to the little ones and to shorten the cooking time.  It made about a dozen muffin-sized cakes, which baked in about 18 minutes.  The eating took less time.
Posted by MKHutchins at 9:12 PM 2 comments: