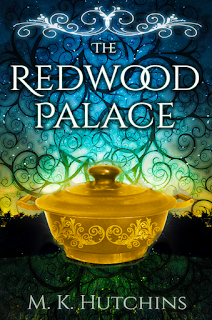 KITCHENS & KINGDOMS
THE REDWOOD PALACE
Plum longs to be a great chef, not a palace dishwasher.

Plum was all set to increase her magical cooking skills, but that was before her little sister dressed up as a boy and joined the army--a crime punishable by death. To protect her family, Plum assumes her sister's identity and reports for her duties scrubbing dishes at the palace.

But lying for Dami leaves Plum tangled up in royal intrigue and nefarious plots. Palaces are difficult to navigate--and that's doubly true when you have a secret to keep.

The Redwood Palace at Immortal Works 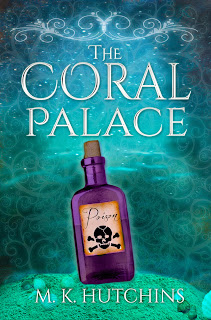 THE CORAL PALACE
Plum would love to work as Lady Sulat’s chef and spend her days crafting healing foods, but it isn’t safe for her to stay in the capital. She knows far too many of the king’s secrets. Lady Sulat proposes sending Plum away on a covert mission.

Learn all about poisons. Learn how to defend against them. Head into dangerous territory.

Unfortunately, Plum has to rely on her sister for support...the sister who isn’t even the tiniest bit sorry for nearly getting Plum executed. Her poisons teacher is an old enemy. And, given the secretive nature of what she’s doing, Plum can’t even openly talk to Bane about it.

But Plum is going to give it her all. After what she’s seen of war, she’s willing to take any risk and pay any price to secure peace for Rowak. 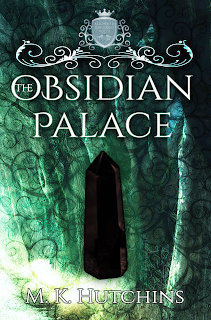 Plum would be more comfortable cooking for diplomatic negotiations than leading them, but she's Rowak's only hope for peace. With most of the delegation imprisoned—including her beloved Bane—she hasn't made the best first impression, either.

Regardless of her precarious position, Plum must dive into the tasks of an acting ambassador. Outmaneuver the mysterious, war-mongering Lady Oakash. Survive Palaw's deadly plots. Make new allies in a foriegn, hostile country. End a war. If she can navigate all of that, she might have a chance to free the man she loves. 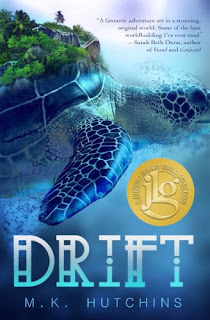 DRIFT
Tenjat lives on the shores of Hell, an ocean filled with ravenous naga monsters. His island, a massive Turtle, is slowed by the people living on its back. Tenjat is poor as poor gets: poor enough, even, to condescend to the shame of marriage, so his children can help support him one day.

But Tenjat has a plan to avoid this fate. He will join the Handlers, those who defend and rule the island. Handlers never marry, and they can even provide for an additional family member. Against his sister's wishes, Tenjat joins the Handlers. And just in time: the Handlers are ramping up for a dangerous battle against the naga monsters, and they need every fighter they can get.


As the naga battle approaches, Tenjat's training intensifies, but a long-hidden family secret—not to mention his own growing feelings for Avi—put his plans in jeopardy, and might threaten the very survival of his island.
Drift on Lee & Low
Drift on Amazon.com
Drift on Barnes & Noble
Drift on Goodreads. 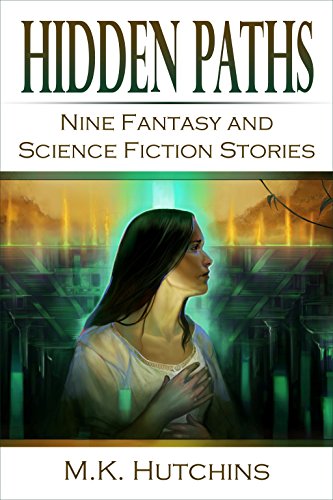 Nine fantastical tales of fantasy and science fiction from M.K. Hutchins. Delve in forbidden jungles, travel across flesh-eating oceans, and chow down on some cryonic sushi. Originally appearing in Orson Scott Card's InterGalactic Medicine Show, Daily Science fiction, and elsewhere, these stories are collected here for the first time.

"The Librarian's Duel", Keyforge: Tales from the Crucible. Sept 1, 2020. Find the anthology here.

"Staircase to the Moon", Fireside, July 2019 issue. Read or listen to it online.

"The King's Mirror", Strange Horizons, January 21, 2019. Read it free online or listen to the podcast.

"The Sixth Axiom of the Magician-Sages", in Myriad Paradigm's anthology Mind Candy.

"The Chaos Village", Podcastle. Episode 471 and 472. Available free, as an audio podcast. Part One and Part Two.

"Dragon-Smoked Barbeque," Strange Horizons, September 12, 2016. Available for free online as text, and as an audio podcast.

"Poet-Scholars of the Necropolis," Podcastle, Episode 374. Available for free online as a podcast, here. Reprinted in Myriad Lands Volume 2: Beyond the Edge.